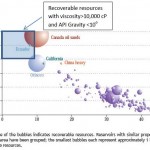 Clarification on compliance and withdrawal

In yesterday’s post I had equated withdrawal from the Kyoto Protocol with not agreeing to targets under a second commitment period. I’ve since gotten clarification on a couple of aspects of this.

With the start of the Durban climate change negotiations, it was suddenly news that Canada would not confirm or deny it’s intentions to abandon the Kyoto Protocol – this may have been news to some, but I can’t understand why it would be news to anyone who has been following GHG policy in this country.

Greenhouse gas emissions are an abstract concept for most people. Ask a sample of Canadians what Canada’s annual GHG emissions are, and you’ll likely get a very broad range of answers (they’re about 750 million metric tons (Mt) per year). The figures are so abstract that errors like Gasland producer Josh Fox claiming that Canada’s […]

The AUC and Maxim Power: No steps forward, 3 steps back.

Last week, on June 30th, the Alberta Utilities Commission approved the Milner Expansion Project, a 500Mw coal-fired generating facility, to be built 20km north of Grande Cache, west of Edmonton. This decision raises more issues that I can possibly cover in a single post, so I’ll narrow it down to my top 3. First and […]

Over the last couple of days, my Twitter feed has been swamped with discussion about green jobs.  Yesterday, Worthwhile Canadian Initiative blogger and Laval Professor Stephen Gordon (@stephenfgordon) posted a piece on the Globe and Mail’s Economy Lab arguing that presenting, “the employment opportunities generated by a set of proposals…as an additional benefit of the […]

Twice the offsets, half the credibility for the offset system

The Governments of Alberta and Canada announced today that a final funding formula had been reached for Shell’s Quest project, a carbon capture and storage operation housed at Shell’s Scotford Upgrader in Fort Saskatchewan.  The fact that the funding model has been agreed upon is great news, since although I have been critical of Alberta’s […]