Bill C-48, An Act respecting the regulation of vessels that transport crude oil or persistent oil to or from ports or marine installations located along British Columbia’s north coast, has passed third reading in the House of Commons and is now at the Senate committee stage.  I’ve been invited to appear before Senate Committee on Transport and Communications on Tuesday, April 30th.  I’ve slightly adapted my opening statement from an appearance before the House Transport committee last year. My opening statement to the committee is as follows:

Thank you for inviting me to appear today. In my remarks which follow, I will focus on those areas most relevant to my expertise – the impact of the proposed tanker ban on Canada’s ability to realize maximum value for its resources and for products derived from Canadian processing of those resources.

The proposed ban would prevent tankers carrying any combination of crude oil and heavier refined products including synthetic crudes and anything heavier than diesel or jet fuel, in an amount greater than 12 500 metric tons from mooring or anchoring (without special permission) in any port on the coast of British Columbia from the northern reaches of Vancouver Island to the Alaska border including in deep-water ports at Kitimat, Kitsault, and Prince Rupert as well as within the islands of Haida Gwaii.

The 12,500 Mt restriction would be sufficient to effectively eliminate any future crude oil or heavy refined product trade from this region – most vessels used for global trade in either clean (refined) or dirty (crude) products are 60,000 Mt and larger, with the largest vessels now over 500,000 Mt.  The Act would also prohibit ship-to-ship transfers – smaller vessels would not be permitted to be used as intermediaries to or from a large oil tanker into these ports (see 4(4)). Importantly, the act would allow existing and potential new supply shipments to north coast communities and industries to continue. 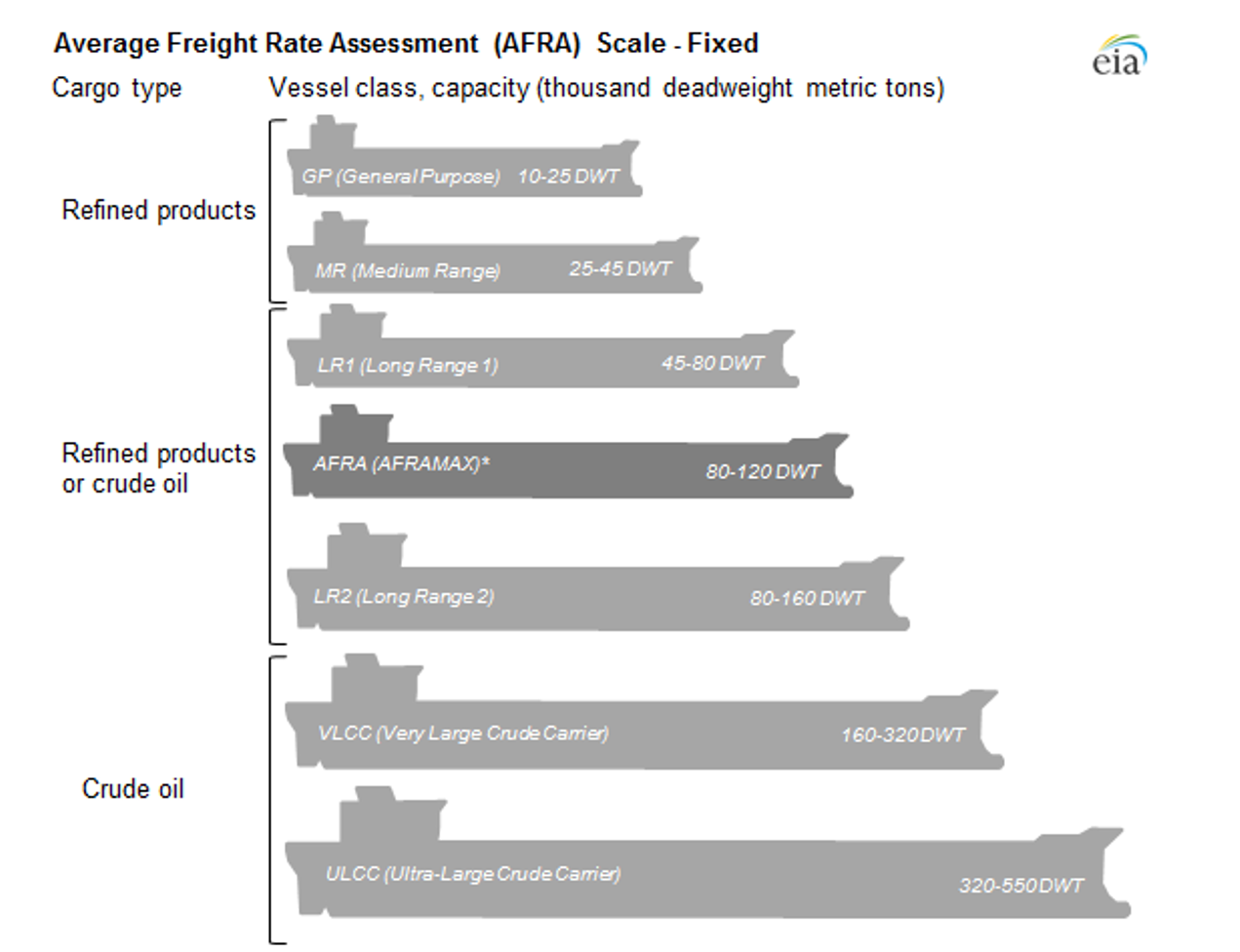 The tanker ban would not affect gasoline, jet, or diesel imports or exports, nor would it affect LNG tankers.  The latter is of particular importance as LNG facilities are proposed and approved for the ports of Kitimat, Prince Rupert and Kitsault, with at least one under construction in Kitimat.   Diluted bitumen, and other synthetic oil sands products including upgraded or partially upgraded products would be covered by the ban as would condensates, the hydrocarbon liquids used to dilute oil sands bitumen for transport in pipelines. 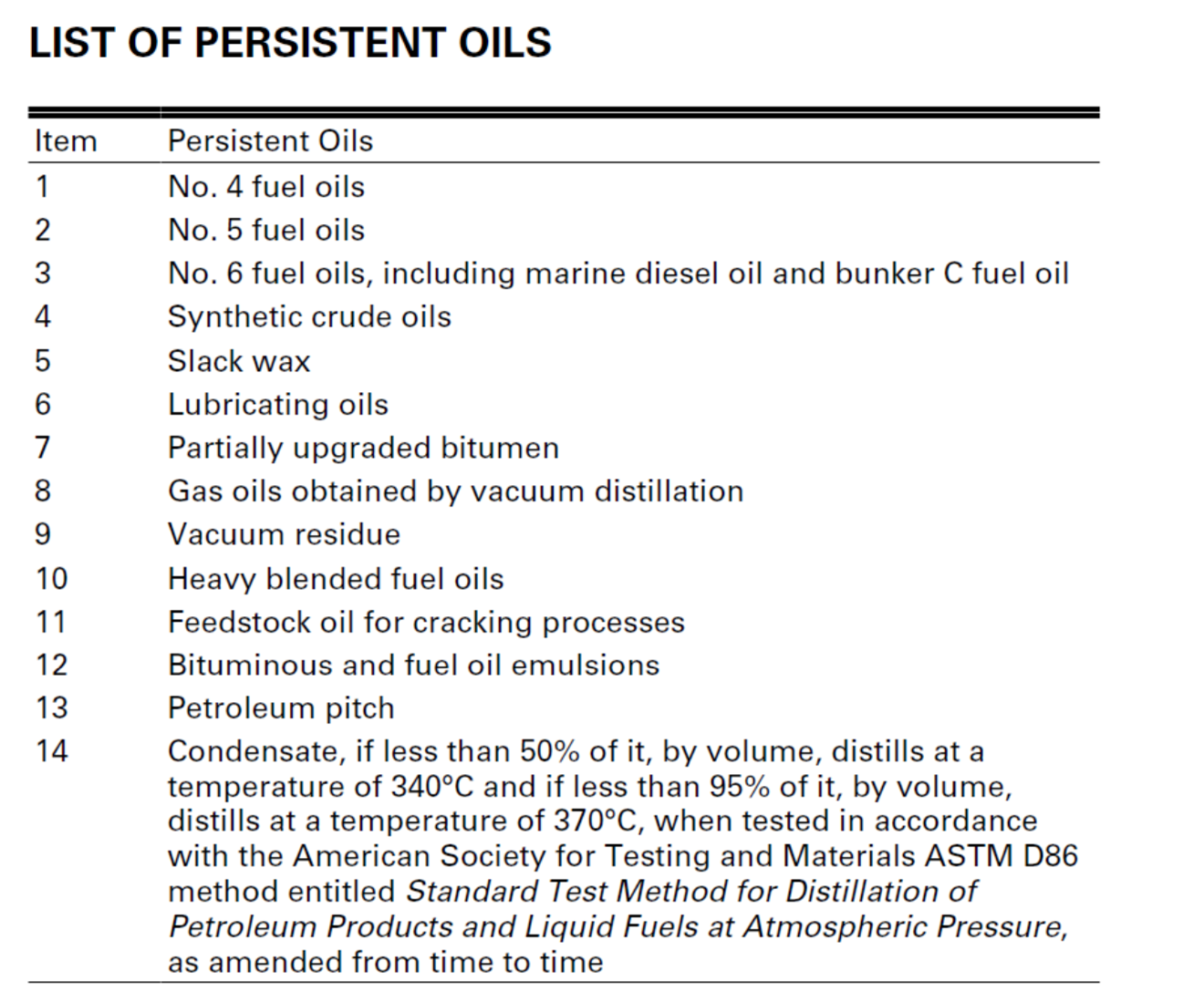 The rationale for the ban is simple, yet at the same time hard to reconcile.  In introducing the Bill, Minister Garneau explained that Bill c-48 is designed to protect the so-called Great Bear rainforest, “the 400 kilometre stretch of coastal temperate rainforest running along British Columbia’s northern coast is one of nature’s truly spectacular sites,” and emphasized that the act, “fulfills (the) government’s pledge to formalize an oil tanker moratorium on British Columbia’s north coast.” Importantly, however, the bill does not itself exclude passage in these waters, although it does prohibit (absent special permission), anchoring or mooring in these areas.  Passage in these waters remains under a voluntary exclusion zone agreement between Canada and the United States that has been in place since the 1980s. Laden oil tankers must navigate beyond the zone boundary unless they are entering port.   In an answer given in the House on October 3rd, Minister Garneau revealed the Bill’s true intention – “specifically, we did not want to allow massive amounts of tanker traffic to be operating in those zones going into Canadian ports.”

The Minister and Prime Minister have each stated that, “the Great Bear region is no place for an oil pipeline, and it is no place for oil tankers either,” and this bill, combined with the voluntary exclusion zone, would assure that is the case. However, such exclusion is not without cost and not without a degree of inconsistency.  First, let me address the costs. The ports of Prince Rupert and Kitimat have each seen significant attention in recent years, particularly with respect to the Northern Gateway and TransMountain pipelines.

Northern Gateway proposed twin pipelines from Edmonton to Kitimat for both bitumen export and condensate import, both of which would be impossible under the ban. For a time, TransMountain expansion plans included a northern spur to the Port of Prince Rupert. In addition to pipelines, CN Rail also has significant service to the Port of Prince Rupert serving producers of crude oil and refined products.  CN has estimated past that it could move more than the capacity of Northern Gateway into Prince Rupert by rail. Each of these provide options for future transport of crude oil and heavier refined or upgraded products in the absence of other outlets or should circumstances change and this option value would be negated by the ban.

Currently, oil sands and other western Canadian crude oil production forecasts would see the industry well-served into the 2030s by the proposed TransMountain, Enbridge Line 3 and Keystone XL pipelines projects and other incremental network changes. However, with these pipelines still on uncertain ground, global demand shifting to Asia, and North America moving toward being a net exporter of crude oil, there remains strategic advantage to having an option on low-cost route to Asia for crude oil and potentially for a low-cost import route for condensates.  Routing all of that potential traffic through the Port of Vancouver seems a sub-optimal solution. 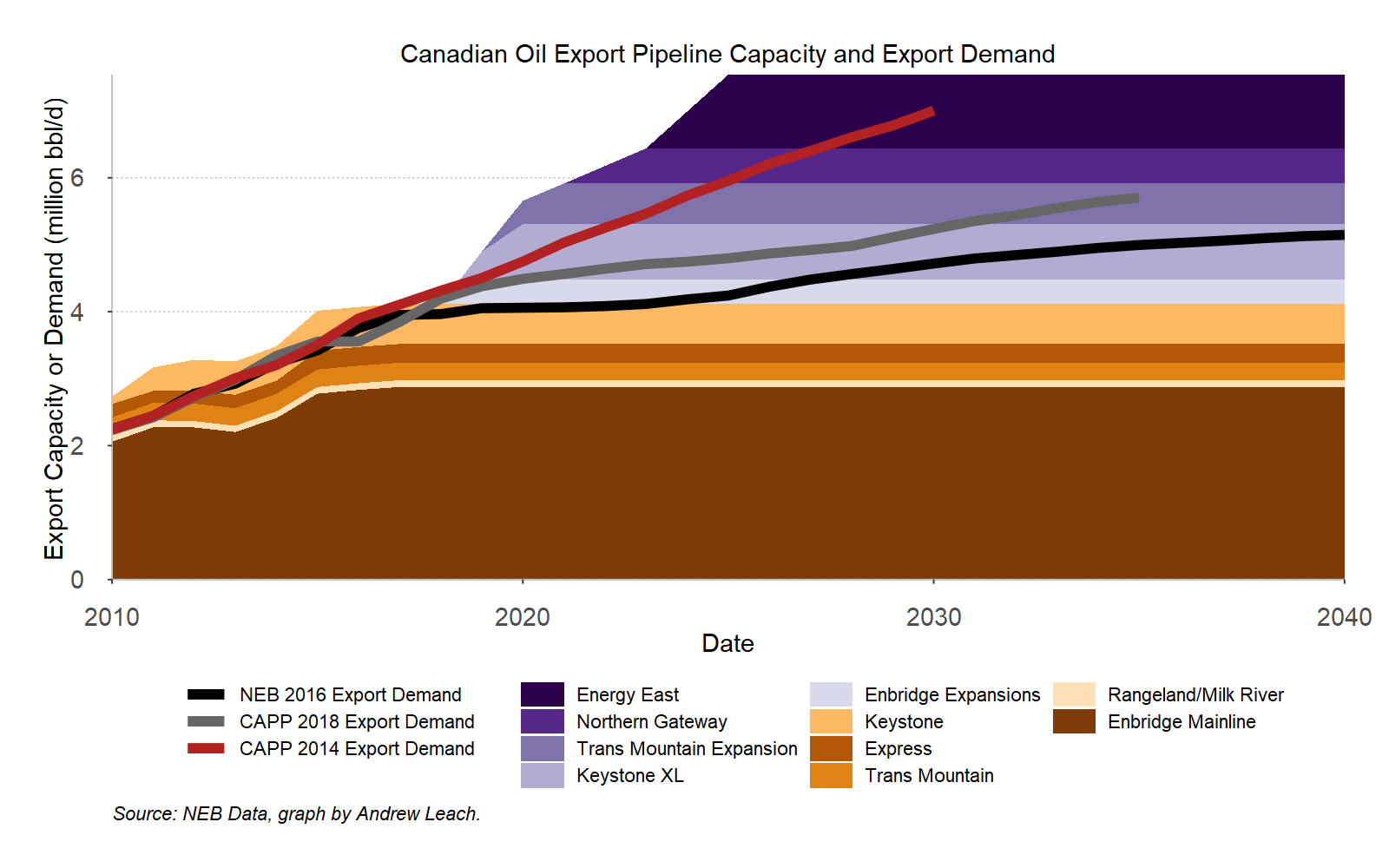 Let’s also remember, however, that the world no longer looks the same as it once did for oil sands. The world is awash in light oil and, yes, there remains significant global demand for heavy crude and there is more space in that market due to events in Venezuela, Iran, and Mexico.  However, oil sands growth forecasts to 2035 remain more than 1 million barrels per day below where they once were.  Furthermore, while you’ll hear lots of discussion about how global oil demand is forecast to continue increasing, remember that’s true only in a world in which there is no action on climate change.  There’s a consensus among energy agencies and major corporate players that, so long as the world acts even moderately to stem the threat of climate change, global oil demand will peak in the next decade or two.  For more aggressive global goals to be met, that peak would have to be reached even sooner. 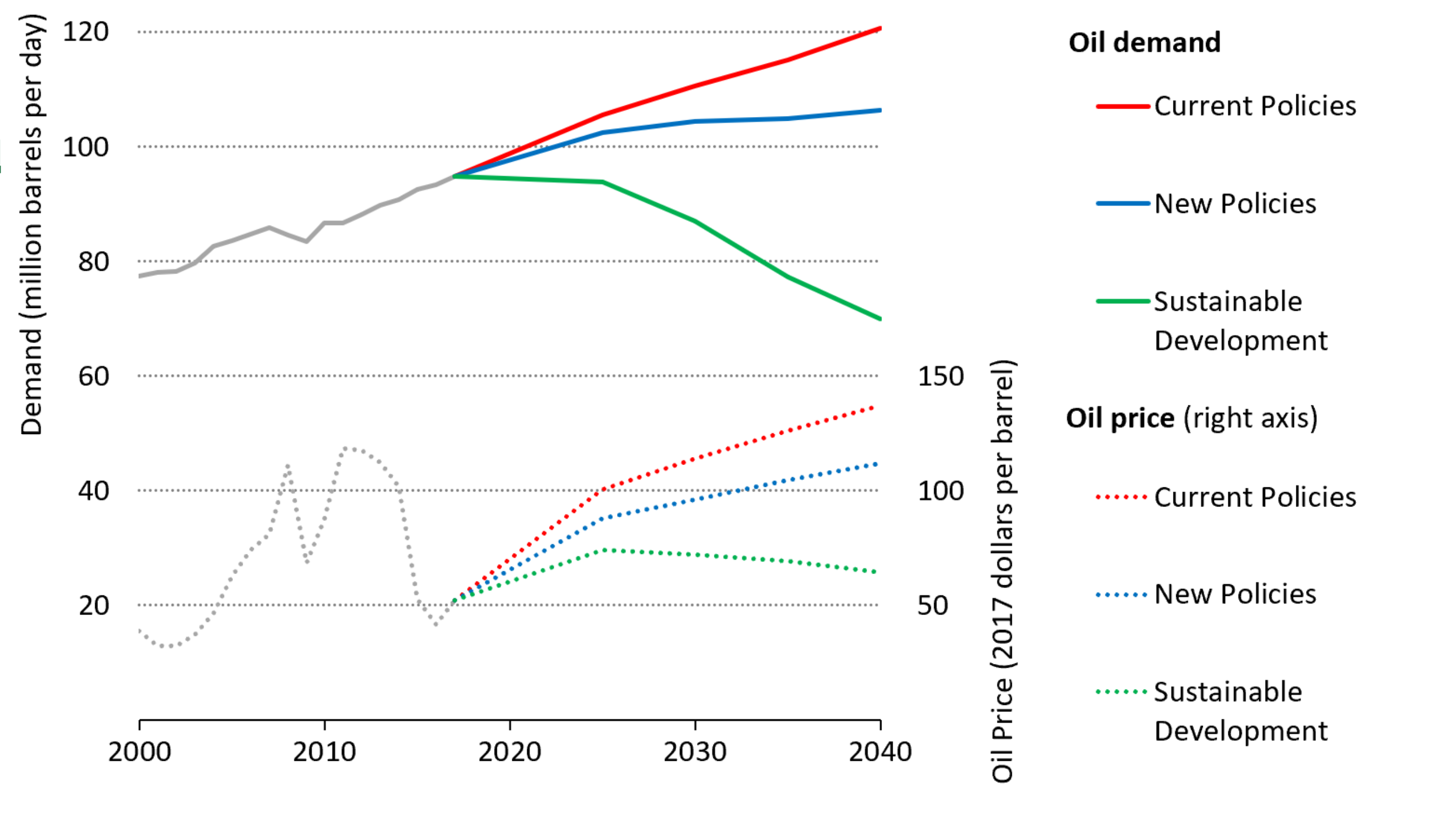 While much of the focus on this bill has been on crude oil markets and our pipeline debates, the proposed ban in Bill C-48 could also disrupt refined product markets.   While the ban does not apply to lighter refined products like gasoline, diesel and jet fuel, less complex refineries also sell light and heavy fuel oil or vacuum gas oil which would be affected by this proposed ban.  Our data on product level exports by province are, unfortunately, heavily redacted but we do know that BC is both an importer and an exporter of some heavier refined product, although much of that trade is likely in the lower mainland and so would not be affected by the ban.  Insofar as any of these products are, today, moved by rail to Prince Rupert for export, the ban would alter that trade.

New refineries could be affected as well. For context, the new Northwest/Redwater refinery in Alberta produces about 18 barrels of vacuum gas oil for every 100 barrels of bitumen processed.  This can be overcome with additional process units – the proposed Pacific Futures and Kitimat Clean refineries, for example, are each proposed with VGO hydrocracking and hydrotreating units which would process these heavier refined products to produce lighter refined products unaffected by the tanker ban.  The ban would, however, force any refinery proponent to either build such a full-conversion refinery at higher cost or force any heavier products including gasoline precursors to be shipped by rail back across the mountains.  This would be both environmentally and commercially counterproductive. It’s not a huge consideration today, but it could matter depending on how the industry evolves.

Finally, with respect to inconsistency, I think it behooves our government to go beyond arbitrary determinations of natural area significance.  I have had the opportunity to visit the area of the Great Bear rainforest once, and it is indeed a magnificent landscape but it is far from the only such landscape in Canada. Many oil tankers currently ply Canadian waters in areas I hold dear, whether it’s the Newfoundland Coast, the Fundy shore, or the St Lawrence River and many natural areas in those locations are National Parks or wildlife preserves.  In order for this to not simply be seen as a moratorium on oil sands and related product shipments, and I would like to see the government define the conditions under which they see such measures as required for the preservation of landscapes and/or the specific metrics by which they see the Great Bear rainforest as being worthy of special protection not afforded to other Canadian natural areas.