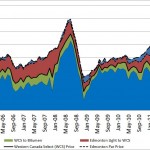 Hello again!  After a wonderful year spent on secondment to Environment Canada, I will be re-activating my FrogBlog. I’ve missed the conversations generated by this blog greatly, and so I am looking forward to re-engaging with many of you over the coming months. Before I get back to writing more regularly, I do want to […]