In case you missed it, I provided some background in response to Jack Layton’s comments today to the Globe and Mail’s Economy Lab.  Check it out here. 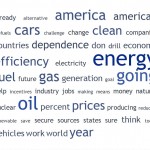 President Obama’s speech yesterday had something in it for everybody, and the most remarkable thing for me on the day after the speech is that both the oil powers in Calgary and their usual allies the NRDC agreed that it was a positive development.  At least the objections of Greenpeace USA restored some balance to […]

THE PRESIDENT: Thank you so much. Thank you, everybody.  Everybody, please have a seat. Please have a seat. It is wonderful to be back at Georgetown. EDIT: ACKNOWLEDGEMENTS REMOVED We meet here at a tumultuous time for the world. In a matter of months, we’ve seen regimes toppled. We’ve seen democracy take root in North […]

on retrofit subsidies, tax credits, and other expensive policies

It’s easy for people to have a knee-jerk reaction and support policies like the ecoEnergy Retrofit Initiative or US Production Tax Credits for Wind Energy.  After all, we want people to have more efficient houses, and we want more renewable energy, don’t we? Well, yes, we probably do.  Environmentalists and fiscal hawks should agree that […]

So, a guy walks into a gas station…

So, a guy walks into a gas station after filling his Prius with 40 liters of fuel and the person behind the till says, “That’ll be $40, sir. Next time, you might want to save yourself the trip in and pay at the pump.”  The man hands over $51 and says, “I would love to, […]

Time for an audit?

Along with Dan Woynillowicz of Pembina (Twitter @danwoy), I had a very interesting discussion/debate with David Sands, (Twitter, @DSandsGovAb) on the new reclamation standards proposed by the Government of Alberta. Now, I think David has just about the worst job in the world (although he seems to enjoy it most days) because he has to […]

Today, the Alberta Government announced new reclamation guidelines for oil sands mining operations and for coal mines. Reclamation liabilities associated with the activities from the oil sands should be front-of-mind for the Government, and with activity growing all the time, the liability held by the Province in excess of escrow holdings is also growing.  Pembina’s […]

A letter, and my reply

Peter Adamski wrote in to the Edmonton Journal in reply to my op-ed piece this morning, and I thought I would post a quick reply here.  Of course, by posting here, I get the advantage of having no word limit, so should Mr Adamski read this, I would welcome a longer post of his critiques.